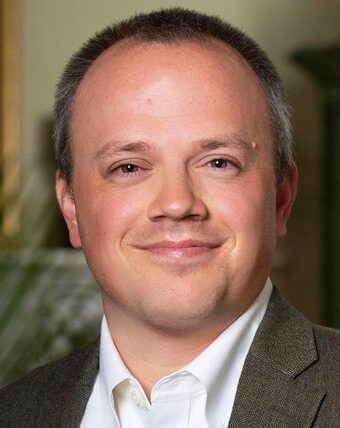 Scott H. Waltman, PsyD, ABPP, sits at the intersection of Stoicism and psychology. He is a clinician, international trainer, and practice-based researcher. He is certified as a qualified Cognitive Therapist and Trainer/Consultant by the Academy of Cognitive & Behavioral Therapies. He also is board certified in Behavioral and Cognitive Psychology from the American Board of Professional Psychology. At Harbor-UCLA Medical Center, he treated patients in the community mental health center’s CBT clinic. More recently, Dr. Waltman worked as a CBT trainer in the Philadelphia public mental health system. His book “Socratic Questioning for Therapists and Counselors: Learn How to Think and Intervene like a Cognitive Behavior Therapist” is available here. His home on the web is https://www.scottwaltman.com/.

You can find more blog posts, including the “Five Questions” series, here.

1. What first drew you to Stoicism?

So, I was trained as a therapist before becoming a Stoic. There is a branch of therapy called the cognitive and behavioral therapies. The cognitive half of these therapies was born out of Stoic philosophy. The core assumption of cognitive therapy is that it is not just what happens that affects how you feel but how you interpret and make sense of it. This is highly compatible with the Stoic notion that it’s not what happens to you that injures you, but how you interpret it. So, cognitive therapists work to help people reevaluate their thinking and make adjustments to reduce suffering. As a young therapist I was drawn to the cognitive behavioral therapies when I saw how quickly they worked and how effective they were at getting people unstuck. I was previously trained psychodynamically, which I also enjoyed, though psychodynamic therapy tends to not be associated with as rapid improvement as is seen in CBT. Psychodynamic therapy might be considered the scenic route whereas CBT is the more direct route. As a therapist there’s really no experience as rewarding as watching somebody get their life back. In therapy there is this moment where things start to click. This is the place where the scales start to tip, skills start to work, and people start feeling like their old selves. The way that cognitive behavioral therapy and by extension Stoicism helps facilitate that it is amazing to me.

2. What’s the connection between CBT and Stoicism?

3. You describe yourself as a trainer, rather than a therapist. Why is that?

Like Meredith Brooks, I’m many things. I am both a therapist and a trainer. Most of my social media is currently directed towards the time I spend as a CBT trainer. This is probably largely because I co-authored a book called Socratic Questioning for Therapists and Counselors: How to Think and Intervene like a Cognitive Behavioral Therapist. It’s a manual for CBT therapists. I poured my whole heart into that book and after thoroughly networking the professional organizations and conferences, social media appeared to be the best next step.

4. You worked in a community CBT clinic in Los Angeles. What value does Stoicism have for underserved communities?

That’s an excellent question. Often Stoicism is oversimplified to be the only injuries that occur are those in your mind, so tough it out and enjoy your life. This is a hard sell to people who are unhoused and are having a hard time getting the basics essentials of life met. Add on top of that systemic inequalities, trauma, and diversity considerations and there is a lot to address. The relevant CBT principle that we might focus on is something called Radical Acceptance; that is to say it is nearly impossible to be effective in life if you are fighting against reality. CBT, and by extension Stoicism, helps people mentally take a step back so they can see things as they are and engage in behaviors that will serve them best. Of course, CBT has some strategies to address trauma that is informed by our understanding of cognitive neuroscience and extends beyond classic Stoicism. But the pragmatic principle of doing what works is certainly Stoic.

5. When was the last time you screamed your lungs out for any reason?

You know, I’m not really a screamer. The last time I screamed my lungs out was a tactical decision. I have an older dog, a Maltese mix, that is completely deaf, mostly blind, and mostly toothless. One night when I was taking her out in the yard she was attacked by a coyote. Luckily, I swooped in and nabbed her in time. I then chased the coyote away. They say you’re supposed to be as loud as possible in doing so and I bellowed as loud as a fire engine that night.

Bonus question: What should we have asked you, and what’s the answer?

A good question to ask any therapist is, If you weren’t a therapist, what would you have chosen to do instead? I really enjoy baking and thought about being a baker. But, in an alternate reality I think I would have really enjoyed being a park ranger. There’s a serenity that comes with nature that’s hard to replicate when you’re always indoors.

Stay in the Know

Be the first to hear when Karen Duffy has new stuff going on - whether it be new blog posts, special appearances, cool merch dropping or donkey news updates!